Over the years there has been more than just the daily danger that the sea poses to offshore oil rig workers and the rigs they work on.

Throughout history, a lot of workers have lost their lives to offshore oil rig disasters, and many oil rigs have been completely destroyed. Here we take a look at some of the worst oil rig disasters that have ever occurred.

The Piper Alpha oil rig was situated in the North Sea, off the coast of Scotland. On July 6th, 1988, a series of gas leaks led to a massive explosion on the rig, killing 167 people. It is considered to be the deadliest offshore oil rig disaster in history.

An inquiry into the disaster concluded that it was caused by a combination of human error and technical faults. Piper Alpha is a reminder of the dangers inherent in offshore oil production, and the need for rigorous safety procedures to be followed at all times.

In the aftermath of Piper Alpha, major changes were made to the regulation of the offshore oil industry. The UK government introduced new legislation, and safety standards were tightened both in the UK and internationally. The Piper Alpha disaster also led to changes in the way oil companies operate, with a greater emphasis placed on safety.

Today, Piper Alpha is remembered as a tragic event that led to improvements in the offshore oil industry. It is a reminder of the need for constant vigilance in an industry that can be extremely dangerous. 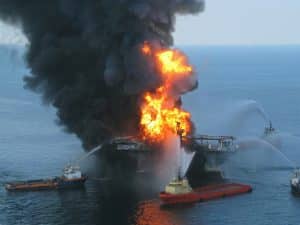 The Deepwater Horizon oil rig was situated in the Gulf of Mexico, off the coast of Louisiana. On April 20th, 2010, an explosion on the rig led to a major oil spill. The oil spill lasted for 87 days and resulted in the release of 4.9 million barrels of oil into the Gulf of Mexico.

This was one of the worst environmental disasters in history, and it had a devastating impact on marine life and coastal habitats. It also caused economic damage to businesses that rely on the Gulf of Mexico, such as fishing and tourism.

It also had a major impact on public opinion, with many people becoming more aware of the risks associated with offshore oil production. The Ocean Ranger oil rig was situated off the coast of Newfoundland, Canada. On February 15th, 1982, the rig capsized during a severe storm, killing all 84 people on board.

The Ocean Ranger disaster was caused by a combination of human error and bad weather. An inquiry into the disaster found that the rig had been unprepared for the severity of the storm, and that the decision to continue operating in such conditions was reckless.

The Ocean Ranger disaster led to changes in the way oil rigs are designed and operated. Rig operators now have to take into account the possibility of extreme weather conditions, and they must have comprehensive safety plans in place. The Alexander L. Kielland oil rig was situated in the North Sea, off the coast of Norway. On March 27th, 1980, the rig capsized during a severe storm, killing 123 people.

The Alexander L. Kielland disaster was caused by a 6mm wide crack in a welding job. The inquiry into the disaster concluded that, not only had the welding job been done incorrectly, but also that rig should not have been operating during such severe weather conditions. 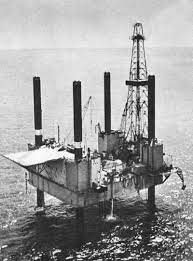 The Bohai 2 oil rig was situated in the Gulf of Bohai, off the coast of China. In November 1979 the rig capsized and lead to the death of 72 of the 76 workers onboard. Bad weather conditions at the time caused flooding on the deck while the rig was in tow and due to inadequate training for the lifesaving equipment many of those workers drowned.

The oil and gas industry is one that can often hold great danger and the offshore community is no different. Oil rigs are located in some of the most hostile environments on earth and when something goes wrong, the consequences can be devastating.

May we never forget any of the men and women that have lost their lives in our industry.