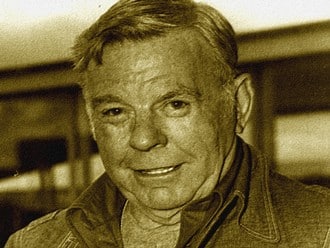 Who Was Red Adair? 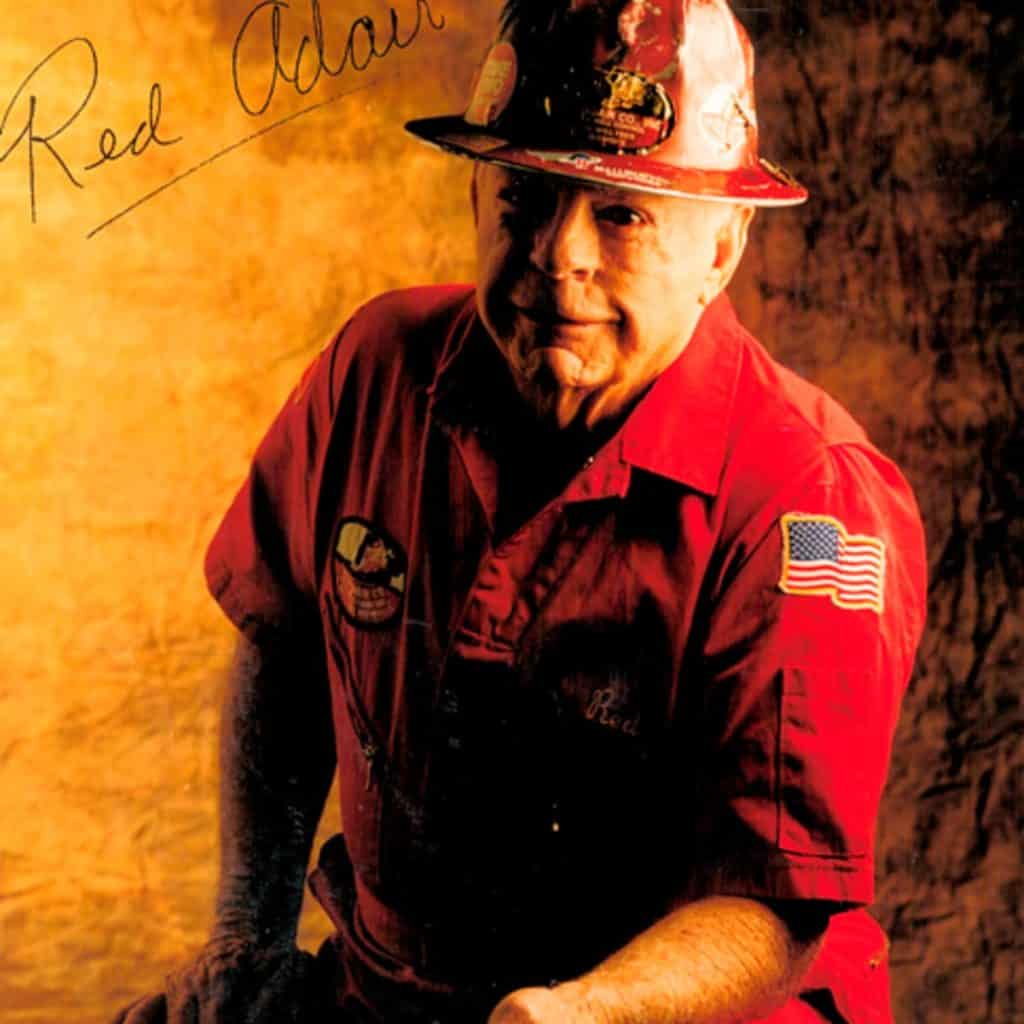 During World War II, Adair served in the US Army, in a bomb disposal unit. After the war ended, he started working in the oil industry. He started his career working for Myron Kinley, the “original” blowout/oil firefighting pioneer. They pioneered the technique of using a V-shaped charge of high explosives to snuff the fire by the blast. This was known as the Munroe effect, and Adair saw it used in bazookas and the atom bomb.

In 1959 he founded Red Adair Co. Inc. Over the course of his career, Adair battled more than 2,000 land and offshore oil well, natural gas well, and similar spectacular fires. He gained global attention in 1962 when he tackled a fire at the Gassi Touil gas field in the Algerian Sahara nicknamed the Devil’s Cigarette Lighter, a 450-foot (140 m) pillar of flame that burned from 12:00 PM November 13, 1961, to 9:30 AM on April 28, 1962. In December 1968, Adair sealed a large gas leak at an Australian gas and oil platform off Victoria’s southeast coast.

Adair fighting an oil field fire in the Elk Hills Oil Field in California on October 27, 1977

In 1977, he and his crew, including Asger “Boots” Hansen and Manohar “Man” Dhumtara-Kejriwal, contributed to capping the biggest oil well blowout to have occurred in the North Sea. At the time this was the largest offshore blowout worldwide, in terms of volume of crude oil spilled. This took place at the Ekofisk Bravo platform, located in the Norwegian sector and operated by Phillips Petroleum Company, now ConocoPhillips.

In 1988, Adair helped to put out the UK sector Piper Alpha oil platform fire in the North Sea. At age 75, Adair took part in extinguishing the oil well fires in Kuwait set by retreating Iraqi troops after the Gulf War in 1991.

Adair died in Houston in 2004 at the age of 89.[3] He is buried in a crypt at Forest Park Lawndale in Houston.

What was the "Devils Cigarette Lighter? 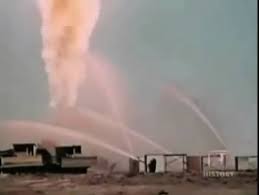 The Devil’s Cigarette Lighter was a natural gas well fire at Gassi Touil in the Sahara Desert of Algeria. Ignited by static electricity when a pipe at the GT2 well ruptured on November 6, 1961, the Phillips Petroleum Company/OMNIREX/COPEFA-owned well produced more than 6,000 cubic feet (170 m3) of natural gas per second, whose flame rose between 450 feet (140 m) and 800 feet (240 m). The flame was seen from orbit by John Glenn during the flight of Friendship 7 on February 20, 1962. The blowout and fire were estimated to have consumed enough gas to supply Paris for three months, burning 550,000,000 cubic feet (16,000,000 m3) per day.

After burning for almost six months, the fire was extinguished by well fire expert Red Adair, who used explosives to deprive the flame of oxygen. The exploit made Adair a celebrity. Adair worked the fire with Asger “Boots” Hansen and Ed “Coots” Matthews, who later formed the Boots & Coots well control company. Preparations took five months while Adair’s team cleared wreckage from near the wellhead with shielded bulldozers, dug wells, and excavated three reservoirs for water supplies. On April 28, 1962, Adair used a modified bulldozer with a 66-foot (20 m) arm to move a metal drum containing a 550-pound (250 kg) nitroglycerin charge to the well. Adair, Matthews, Hansen and Charlie Tolar rode the rig, protected by a metal heat shield and water sprays, with Adair driving and the others on a shielded platform while medical teams and evacuation helicopters stood by. After positioning the explosives, the team ran to a trench about 150 feet (46 m) from the well. The explosion extinguished the fire by displacing oxygen from the area of the ruptured well. Water from the reservoirs was used to flood the area for two days to cool the well. Drilling mud was pumped into the hole to control the flow of gas and the well was capped after four days of work.[8] Lateral wells to the GT2 well bore pumped mud into the bore to help to control the flow of gas.

Part of the 1968 John Wayne movie Hellfighters was loosely based upon the feats of Adair during the 1962 Sahara Desert fire.