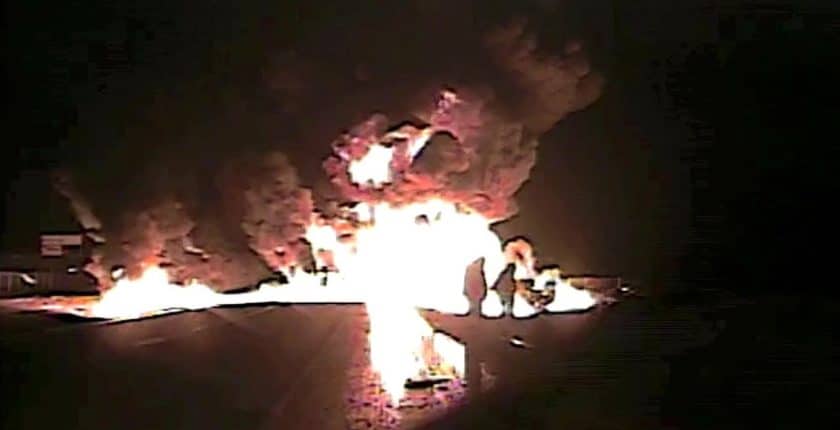 On January 15, 2015 a tanker truck carrying a full load of fuel oil overturned in rural south Texas. Involved in the subsequent insanity were the 18-wheel tractor semitrailer, two pick-up trucks (one of which was carrying oxyacetylene tanks), and a van.

Although the semi driver made it out (just barely), five others were less lucky. The incident occurred within the heart of the Eagle Ford Shale oil and gas boom in Dimmit County, Texas, which according to the Texas Department of Public Safety had experienced a significant increase in traffic accidents since 2008 when Eagle Ford Shale started to take off.